There’s a lot of things that make you grab your camera when you first arrive in North America. One of the more mundane things is big, yellow and packed with kids

School buses got more serious attention from me when I stumbled across the world of school bus-to-motorhome conversions. I was trying to setup a mobile campaign headquarters for politicians and I noticed how insanely cheap they are. 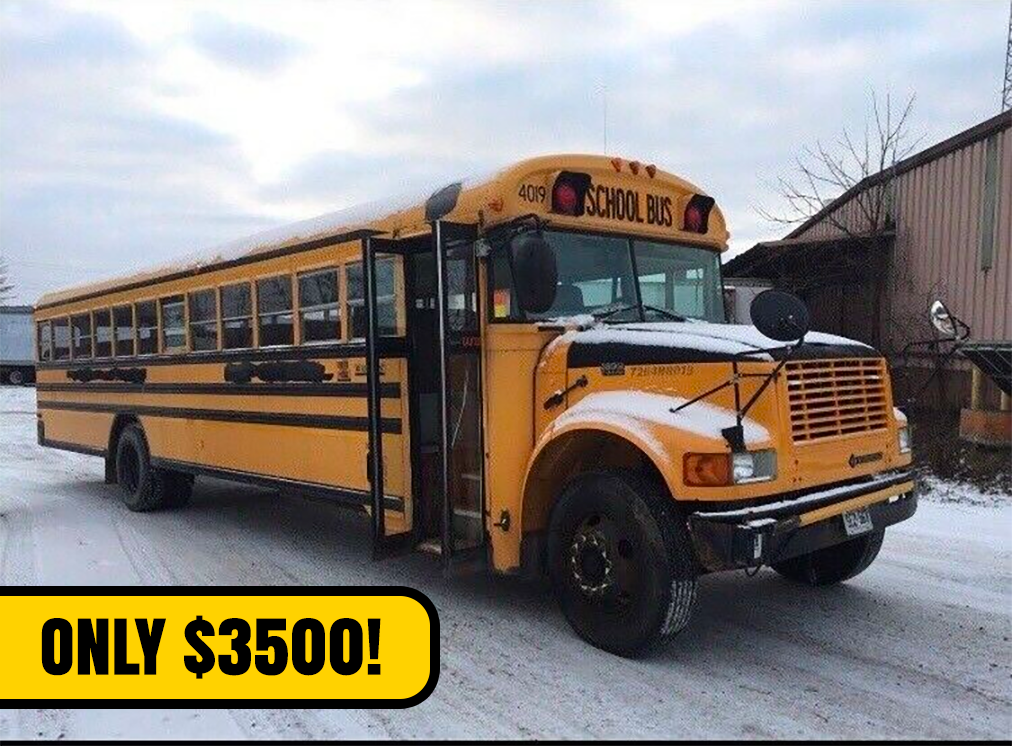 A lot of them have low mileage from only driving to and from school each day. So why are they so cheap? Well, it’s pretty obvious.  There was a family in my neighbourhood who used to drive an old hearse. I’m sure that the hearse was a great deal for the owner. I am also sure half the town sung the Addams family song when it drove past them.

The problem with buying a school bus is: it is a school bus. You have to spend a lot of money on it to make it not a school bus and even then, like an old Pizza Hut, you still know what it really is.

When you think about it, having a separate transportation fleet to drive children to school in the morning and back in the afternoon is pretty crazy.

In most countries, school buses are just regular buses, sometimes with a sign that says “School.” In New Zealand, public transit buses are equipped with a split flap sign that converts the bus between the two with a twist of the knob from a transportation worker. After the kids arrive at school in the morning, the school bus becomes...any other public bus.

The city of Montreal has a fleet of around 2000 buses and is currently experiencing a shortage of them. Meanwhile there are currently 9000 school buses in Quebec spending most of their life driving two trips a day. Even if you share drivers, the driver will find themselves sitting in a useless yellow bus at 8:30am and 4pm each day just as commuters need them. It all seems really inefficient.

When you ask people about this, they will often have two different lines of reasoning. One is that they are safer, the other is that the buses have to be able to make it to rural areas. Both kind of explain why the other is incorrect.

The safety thing is pretty mediocre because it’s retrofitted reasoning, this is no evidence to back it over a regular bus. The reality is these school buses do actually have their origins in rural America. It’s easy to forget, but public education was a point of pride for America, which was mostly rural until the 1920s. They didn’t want students in all the places with no public transport missing out on school, so they had horse-drawn carriages called Kid Hacks that picked up distant children and took them to school. My grandma said that a horse took her to school, and then went home by itself afterwards, but the Tupper family from Nova Scotia are notorious liars, so take that with a grain of salt. 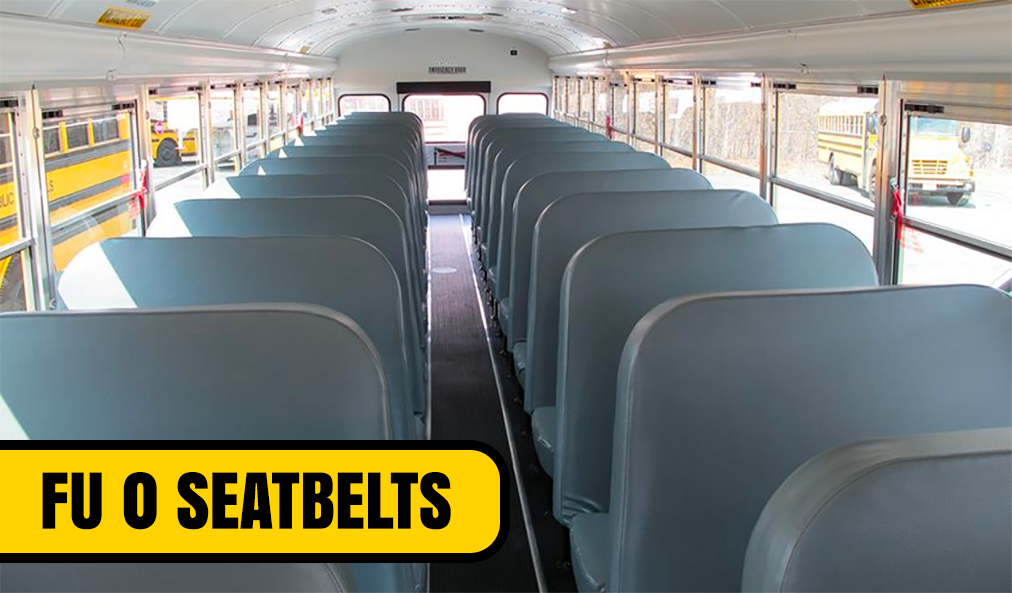 So it seems pretty obvious that the best system would be a hybrid one where you improve the public transit system in cities by sharing buses. And for the small number of students remaining in rural places, you can still go with a dedicated bus. So why don’t we shift over in North America?

It seems the evil beak of Blue Bird Corporation has pecked the public pockets by cozying up to politicians and legislators across the country together with their primary collaborators FirstGroup. No. Although the usual regulatory capture that comes from America’s embarrassing system of legal corruption is always there to some degree, this probably isn’t the Schoolbus Industrial Complex. This is probably mostly the fault of North America’s isolation from the rest of the world. Why do we have crappy banks, internet and healthcare here? Because we don’t realise that we’re doing something dumb because the only other country we interact with regularly has a weird system, too. Also, we just like those buses and the memories they contain; notes passed about crushes, arguments about bands and bus drivers battling migraines telling us to quiet down.

Contributors
:
Related
Three Things That Derail Canadian Healthcare Canada has a few specific issues holding it back from having convenient healthcare
Howser Using technology to do something different when it comes to the homeless and the cities they are in
Wrong Tool For The Job Blockchain technology is being applied to everything, but it often isn't the right tool for the job now and possibly... ever.
The Rules Change 2016 was the 1969 of our lives, although this time it wasn't free love, a generation coming together and rocketry. Well, maybe rocketry.