The Method Cartoonist is now a Method Comedian but a couple of years ago we had a stint as method educators when we headed to the land of the mid-morning sun to start a concept English school. With my lack of language skills and his mid-twenties dip into pedagogy we thought we had the unique perspective required to teach the reluctant language learners of China's growing middle class. 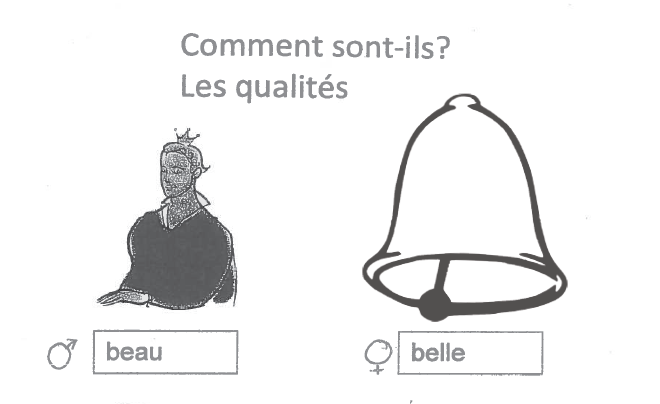 Although our hopes were eventually dashed by the catastrophically unfeasible loneliness that comes with life in China we had one solid takeaway. The school, the students and it's unorthodox style have remained a point of pride. We basically turned learning English into giant monopoly games with incentives built around collecting spendable tokens and building businesses inside the school. Students who did well could use their school money to reduce their school fees, which allowed lower income families a chance if they excelled. Wealthy students on the other hand would spend their school money on chickens feet snacks and lego sets in the school shop. Ultimately I made the classes as if I was going to be the student, and a student with no natural language talents. We really did whatever we could to make learning a language work, with our simple two point philosophy:

It was full immersion as soon as you walked in the door, and then we really only cared about making speaking in English as fun as possible.

Now several years later I'm living in Montreal and am learning a language at an age where where my brain is probably more concrete than plastic. I've ended up bailing on the entrepreneur lifestyle and working at a company that operates in French, luckily though they've hooked me up with lessons on the house which has been an education, but not the one I expected.

The classes lean on these ancient worksheets and audio learning aids for recent immigrants that are barely a notch above "Good day sir, can you please direct me to the nearest bordello?". I sit in these classes with one other anglo arrival and spend the whole time being a total shit derailing the lessons. 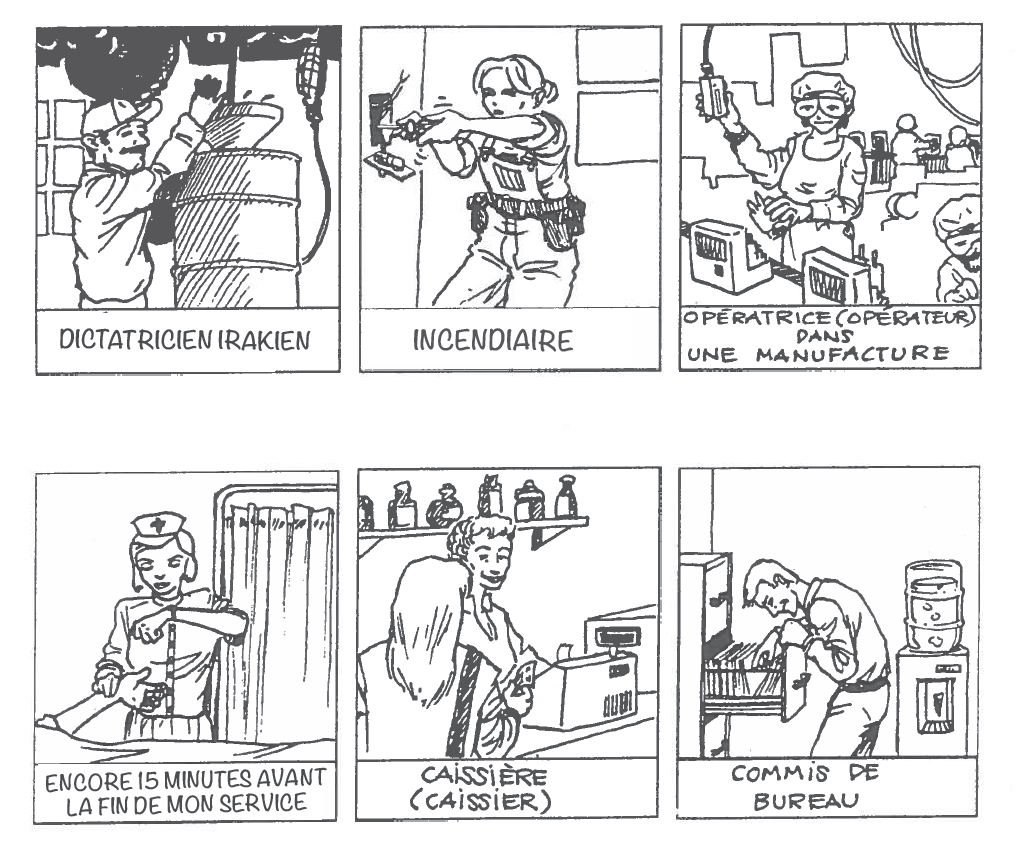 Iraqi Dictator, Arsonist,  Another 15 Minutes Before I Finish Work

Late at night I made copies of the upcoming lessons worksheet and replaced select words and images with altered versions and slipped the replacements into my fellow students folder.

We came into the lesson the next day and disaster struck. The teacher had been replaced by a substitute who was a lovely older lady from France. As I watched her have a panic attack while she reviewed the sheet I started having one of my own, but she recovered smoothly and ran the whole lesson around the worksheet while strategically weaving between the weird words and phrases. I guess she assumed the company that they worked for had colossally fucked up and distributed an in-joke to the students.

I've come to the class before with emails and letters from francophones to try to bring some realistic activities to the lessons. This groundwork gave me what I needed for my next scheme. This time though I thought it'd be better to play it safe and put the shame on myself with a series of doctored letters revealing shameful secrets about my world outside of class.

Your results from your recent tests at our labs have shown a with a 98.7% degree of probability that you have no paternal relationship with the samples provided for Mr Paul Saunders and Mrs Trish Saunders. Although we make no guarantees in any analysis it is almost certain that these are not you biological parents.

We regret to inform you that the city of Montreal is unable to provide you with the "Bixi keys to the city" due to budget shortfalls in addition to the non-existance of said keys. We ask that you stop trying to correspond with us, and if you must, please do not address you future requests to the mayors office.

The local chapter of the High IQ Society regretfully informs you that we unable to accept your request for membership. Our entry test shows a decidedly below average IQ in the range of 80-90 which puts you in the same league as most marketing graduates. The fact that you are probably asking someone to translate this letter for you is proof enough that you don't have the mental capacity to join nobel prize winning McGill professors and local thought leaders.

We are sorry to hear that your lubricated and anatomically correct Kevin Spacey doll with disappointed eye kit has failed after only two vigorous evenings. Enclosed is an RMA form which you can complete indicating any tears in and around Kevins head and pelvis

I started with the adoption services but after the teacher started reading over the letter in French to keep with the immersion theme she grew concerned and switched to English recommending I call my parents as soon as possible. I figured it would give her a funny story to tell her fellow teachers when she went back to french teacher HQ. Something along the lines of "Oh my god, you won't believe what happened in my class today" however that wasn't the case. A couple of weeks later I was pulled aside by the companies HR department and informed that I was going to be the first 30 year old in history to be expelled, something my bullshit antics hadn't even accomplished when I was actually in school.

Later my kid brother scolded me.